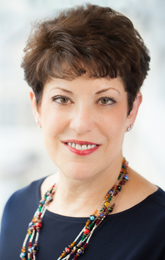 Judy L. Redpath specializes in working with entrepreneurs, business owners, professionals and their families, overseeing their family finances, focusing on the accumulation, distribution, preservation and strategic transfer of wealth. Judy is a recipient of the 2014, 2015, 2016, 2017, 2018, 2019, and 2020 Women’s Choice Award® Financial Advisor1 and the 2015, 2016, 2017, 2018, and 2019 Five Star Wealth Manager Award2. Judy was named one of the 20 Prominent Patriots in Business for 2015 by George Mason University’s School of Business.

Judy received her BA in French and an MA in West European Studies from Indiana University, Bloomington, IN and her MBA at George Mason University in Fairfax, VA. Following successful careers as a management consultant and in the high-tech industry, she started her business in 1996, became a CERTIFIED FINANCIAL PLANNER™ practitioner in 1999, and earned the Accredited Investment Fiduciary® (AIF®) professional designation from Fi360 in 2009.

In October 2006, Judy founded VISTA Wealth Strategies in order to provide a holistic, independent approach to financial planning and wealth management. She is an Investment Adviser Representative of and offers advisory services through Commonwealth Financial Network®, a Registered Investment Adviser.

Judy is past president and past chairperson of the National Capital Area Chapter of the Financial Planning Association and served on The Leukemia & Lymphoma Society National Capital Area Chapter's Board of Trustees from July 2008 through June 2014. She served on the Board of Directors of the Greater Reston Chamber of Commerce from 2005-2011 and remains an active member. Judy served as a member of the Pentagon 9/11 Survivors Distribution Committee from 2006 until it ceased operations in 2008. She is past President of the Dulles Rotary Club, a member of the Herndon Rotary Club, and an alumna of Leadership Fairfax, Inc. Judy has been quoted in The Washington Post and appeared on local television and radio shows. VISTA Wealth Strategies and Judy were a 2008 Best of Reston awardee for community service.

She serves on John Marshall Bank’s Fairfax Advisory Board and is a Founding and Emeritus Board Member of the George Mason University School of Business’s Women in Business Initiative. Judy is an avid supporter of local charitable and community causes, serving as Chair of the Best of Reston Selection Committee annually. She is a member of the Steering Committee of the Business Women’s Giving Circle and the Giving Circle of Hope, both of which are located in Northern Virginia.

Born and raised in Denver, Colorado, Judy maintains her love of the West. She resides in the Herndon/Reston area. Judy enjoys travel, music, cooking, the arts, photography, reading, nature, and watching college basketball.

2 Based on 10 objective eligibility and evaluation criteria, including a minimum of 5 years as an active credentialed financial professional, favorable regulatory and complaint history, accepts new clients, client retention rates, client assets administered, education, and professional designations. 1,956 Washington, DC area wealth managers were considered for the award; 122 (6% of candidates) were named 2019 Five Star Wealth Managers. (The criteria provided reflects the most recent year for which advisor received the award. The criteria used, the number of wealth managers considered for the award, and the percentage of those who receive the award, may vary from year to year). These awards are not indicative of the wealth managers' future performance. Your experiences may vary. For more information, please visit www.fivestarprofessional.com. 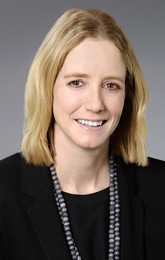 Jodene Gibbs is a paraplanner at VISTA Wealth Strategies, working closely with Judy Redpath on the operational and analytical aspects of our clients’ planning needs.

Jodene joined us in October 2014 from sunny South Africa and brings with her 10 years of international investment operations and financial planning experience, including a number of years based in London. Jodene has a postgraduate degree in financial planning as well as certification in portfolio management in South Africa.

Jodene grew up on the warm east coast of South Africa, exploring many outdoor sports and activities. She mostly enjoys equestrian sports and anything involving the ocean. 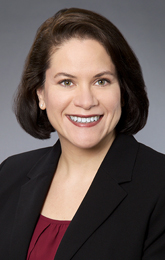 Utilizing over 20 years of administrative and customer service experience, Amy assists Judy and her team in handling administrative and client services aspects for VISTA Wealth Strategies. Amy is also a certified notary public for the Commonwealth of Virginia.

Amy was born in Massachusetts but considers herself a Northern Virginia native since she’s lived here for all but the first three years of her life. She earned her BM in music industry and vocal performance from James Madison University in Harrisonburg, Virginia. After college, Amy chose to stay in the Northern Virginia area to work in the field of administrative support for both large and small financial firms in the Tyson’s Corner area.